User roles allow you to assign special privileges that specify what a user can see and do within your Bytesafe workspace.

These roles help you categorize your users into teams, and assign them different capabilities so that they can do what they need to do without getting in each other’s way.

Bytesafe have a number of built-in roles that manages permissions for common tasks. The initial user that creates the workspace is automatically assigned the and developer roles and can invite additional team members.

Users can have more than one role assigned. Example: a user that should have read-only access to issues in the workspace, should have both the developer (or some other role with registry read-access) and read-only roles assigned.

You can change the roles assigned to a user from the Teams menu.

Klick the Edit button to open the sidepanel with user settings.

Users must have at least one role assigned.

I addition to the built-in roles, you can create custom roles to manage access to firewalls, registries and source repositories. You can use there roles to group users by teams, or function. Enterprise users can map their existing directory user groups as part the the onboarding process.

You can manage custom roles from the account settings, User roles. 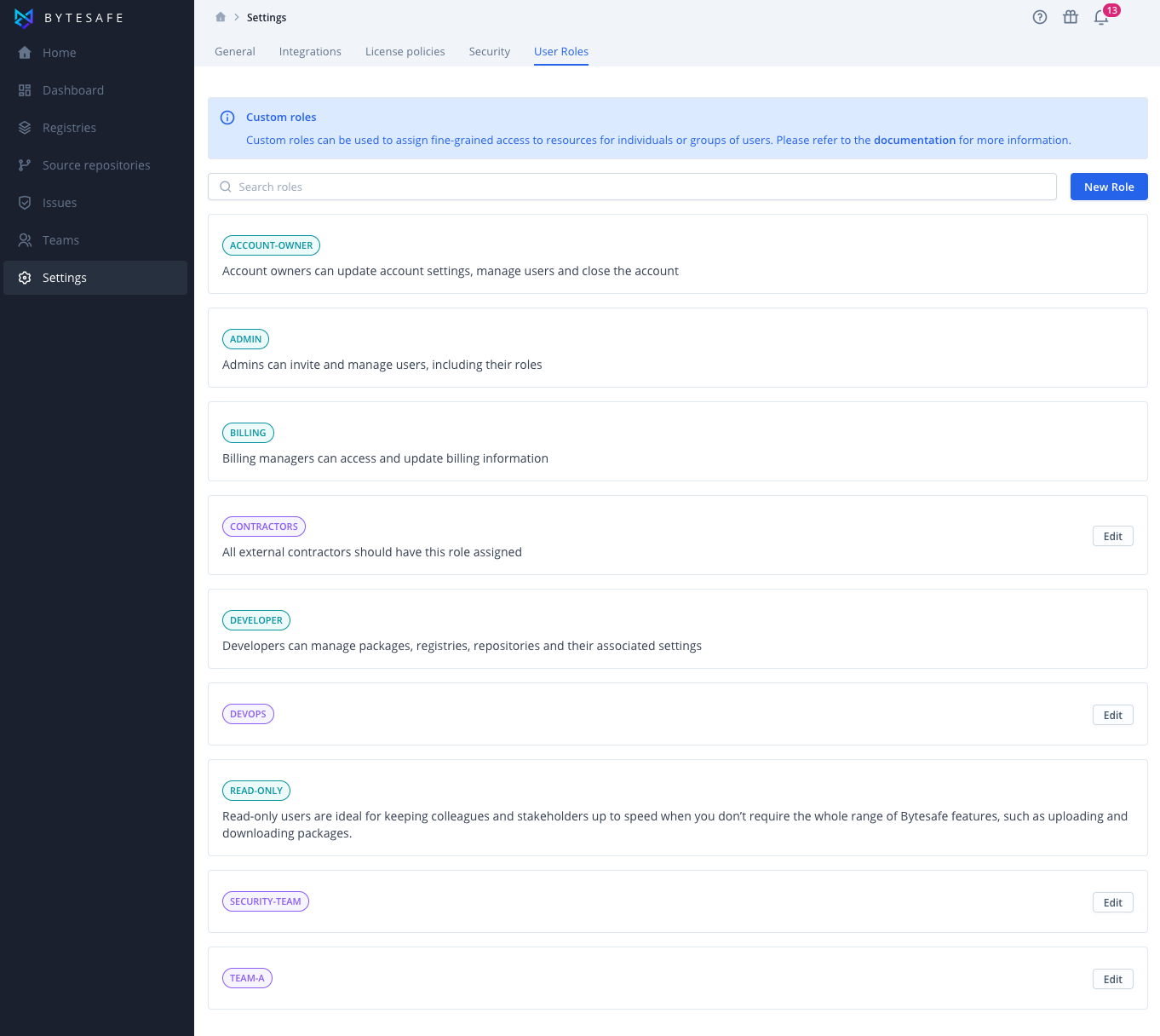 Users with the user role assigned, can only access a registry in the web application, regardless of which other roles and permissions they have. They can’t download and install packages from a registry using a package manager.

To assign permissions to user roles, open the registry settings for Role-based access:

A newly created registry have all permissions assigned to the developer role. 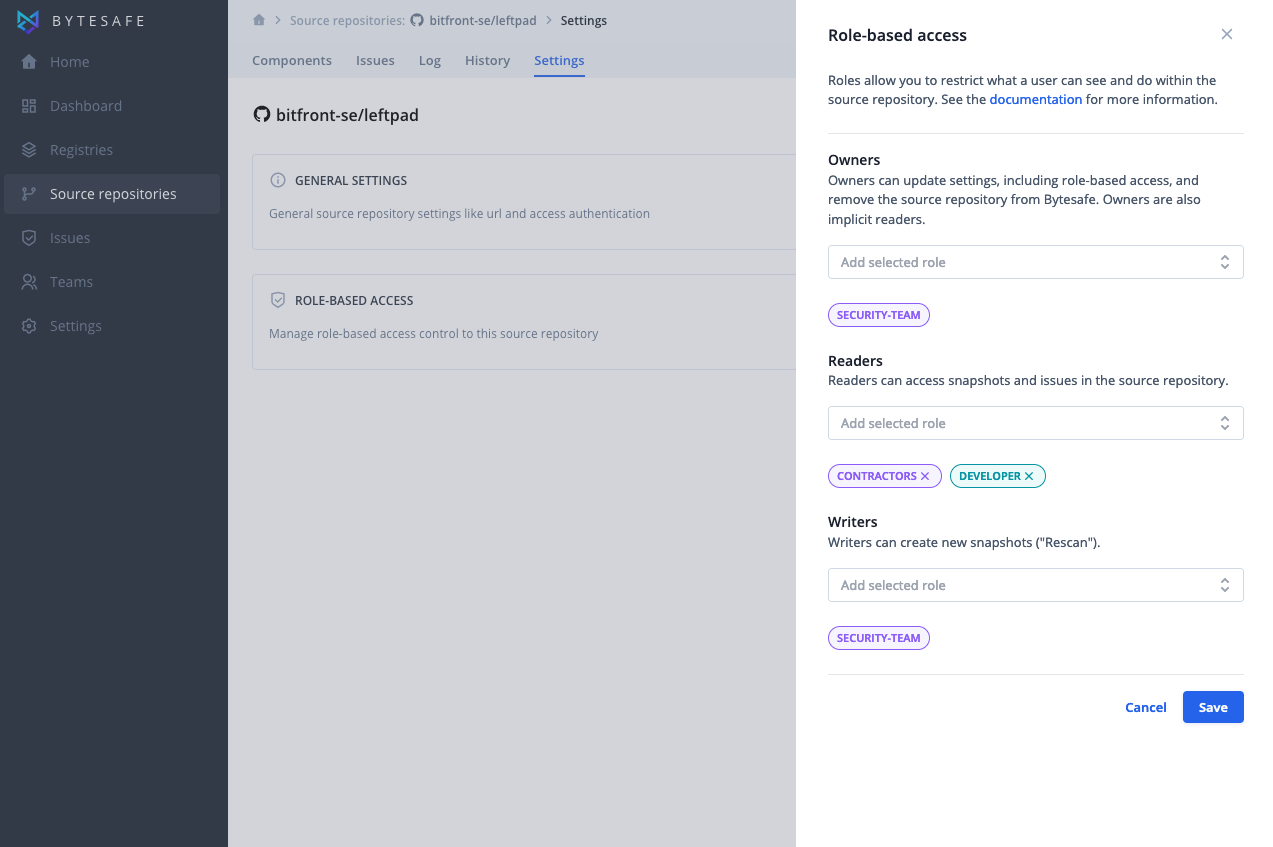 A newly created source repository have all permissions assigned to the developer role.

Users can be deactivated if they leave your organisation. When a user is deactivated, all access tokens for that user are automatically expired. There is no need to remove individual roles to revoke access to the workspace.

If a user is reactivated, new access tokens must be created for that user. For more information, see access token no longer valid.